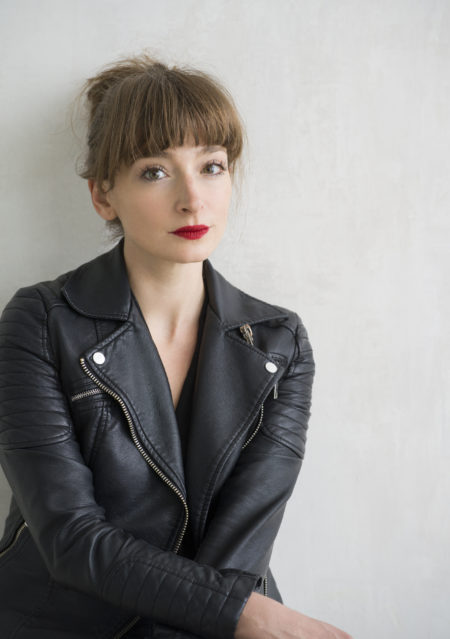 Hermione grew up in Bromley, in south London, and graduated from the University of Cambridge in 2007 with a double first in English Literature. After working on the Observer’s New Review she moved to New York in 2010. She has written for the Guardian, the New Yorker, the New York Times, Harpers, and others. She has also interviewed hundreds of cultural figures including Toni Morrison, Naomi Campbell, Laurie Anderson, Debbie Harry and Genesis Breyer P-Orridge.

Her debut novel, Neon in Daylight, a two-times New York Times editors’ choice, is published by Catapult in the United States and Weidenfeld & Nicolson in the United Kingdom. Her second novel, Virtue, is forthcoming from Riverhead Books.